Samsung Galaxy Note5 and the S-pen 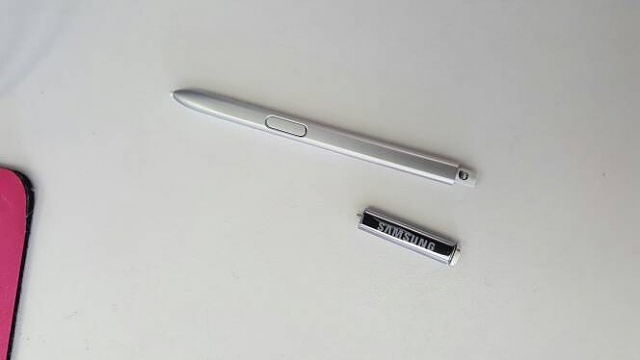 S-Pen could use some work. Apparently, there was an issue in its infancy that would cause the phone to break if the S-pen was inserted backwards (since been corrected by Samsung).  I noticed something similar in my Note2, though I never fully inserted the pen backwards nor broke the phone.

However, I’ve only had this Note5 maybe 2 months and the S-pen has broke!  Not the phone, the pen itself.  Turns out, the click-pen-release feature on the end of the pen is held on with a separate enclosure piece (it holds the spring mechanism). But it bends easy over time with use – the removal of the pen causes it to weaken where the spring enclosure piece meets the other piece of the pen housing. Plus, where the pieces meet is about where it lays in my hand, which feels like it applies additional pressure, thus enhancing the weakness.  Similar complaints here and here and here. Seems like a design flaw to me. I mean, that piece has to be used to get the pen in and out of the phone. So, it would seem to me that the adhesive used on those two pieces should be stronger and more durable or the whole S-pen housing design she be thought through again.

So far, though…my only complaint with this phone. But, it’s also the whole reason I love this phone (no internal stylus with others).

Anyone else experiencing this?

Theme by Anders Noren — Up ↑