This is our cat…I guess we call her Kitty but she technically doesn’t have a name.  I only called her that because the vet’s office requested a name.  She came into our lives shortly after we moved into our house in late 2006.  When she showed up in 2007, we don’t think she was quite full-grown, so we think she was about a year old at that time. We “adopted” her after we adopted Hank…felt sorry for her since she had been hanging around our house for years!  Took her to the vet to be fixed and when I went to pick her up that evening, they told me she had already been fixed! 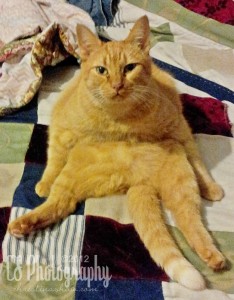 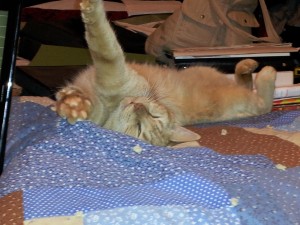 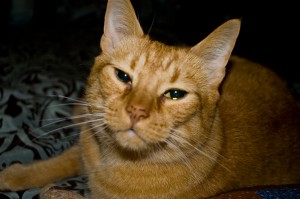